Join us for a webinar conversation on the leadership of women in today’s Church through the life of Chiara Lubich and the thought of Pope Francis.

You will have the opportunity to listen to an incredible panel of speakers that will reflect on the impact that these two charismatic figures are having on the Church.

FRANCESCA DI GIOVANNI is an Italian lawyer who has worked in the Secretariat of State of the Holy See since 1993. In January 2020 she was appointed by Pope Francis to serve as the Undersecretary for Multilateral Affairs in the Section for Relations with States, becoming the first woman to hold a managerial position in that branch of the Roman Curia.

MAURIZIO GENTILINI is the author of the recent biography “Chiara Lubich: Prophet of Unity”. He is an historian and archivist. He currently works at the National Research Council in the Department of Human Sciences.

AUSTEN IVEREIGH is a British writer, journalist, and Fellow in Contemporary Church History at the University of Oxford. He is author of two biographies of Pope Francis: “The Great Reformer. Francis and the making of a radical pope” and “Wounded Shepherd. Pope Francis and his struggle to convert the Catholic Church”. He recently co-authored with Pope Francis “Let Us Dream: The Path to a Better Future. In Conversation with Austen Ivereigh”.

ELIZABETH WALLIN is the Founder and Executive Director of Project Lia, a nonprofit social enterprise dedicated to creating and developing a sustainable, community-oriented program for women impacted by the justice system. For the past four years Elizabeth’s sole focus has been to redistribute community resources, elevate the voices of those directly impacted by the issue, and bring in business in support of the mission.

The New York Times called Chiara Lubich “one of the most influential women in the Catholic Church.” And she was even more than that. Her spirituality has touched millions of people worldwide from different Christian churches, religions and cultural backgrounds.

Pope Francis has been an active advocate for the leadership of women and has introduced women into many positions of governance in the Church. 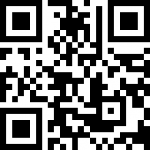 If You Enjoyed This Post
Join Our Newsletter
By clicking Subscribe, I consent to you using my details to send me the New City UK newsletter and confirm I have read and understood New City Publishing House/Mariapolis Ltd’s Privacy Policy.
By NC editor|2021-03-31T10:52:01+00:00March 30th, 2021|Events, News|0 Comments

This site uses Akismet to reduce spam. Learn how your comment data is processed.

Arts Christmas Culture Dialogue Ecology Economy ecumenism Education Family Focolare Health Meditation Poetry Politics Profile Reflection Review Society Spirituality of unity Story Thoughts from the kitchen Word in action Youth
If You Enjoyed This Post
Join Our Newsletter
By clicking Subscribe, I consent to you using my details to send me the New City UK newsletter and confirm I have read and understood New City Publishing House/Mariapolis Ltd’s Privacy Policy.
View Cart Checkout Continue Shopping
This website uses “technical cookies”, including third parties cookies, which are necessary to optimize your browsing experience. More information on what cookies and how we use them can be found on our Privacy and Cookie Policy page Settings Accept